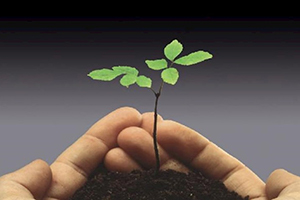 More than $27 million has been invested into research, development and extension projects through the Plant Biosecurity Research Initiative and partners since its inception just 18 months ago.

The initiative was developed to encourage collaboration and investment in plant biosecurity research, with a focus on managing threats to Australia’s plant industries and their environment.

The national value of plant industries at risk is valued at almost $30 billion per annum across the horticulture, wine, broadacre and forestry industries.

“We have seven major projects underway delivered through co-investment from state-based primary industry agencies, CSIRO and Australian universities. A further five projects valued at over $21 million is currently under consideration.”

Dr Luck said this is an enormous feat in such a short period of time – a clear demonstration of the commitment of the RDCs, and the value that the PBRI was bringing to industry.

The current projects include:

A further $21.7 million of RD&E is being considered in the following areas:

PHA Executive Director and CEO, Greg Fraser, said the level of commitment into current and future investment for the PBRI was representative of the importance that industry placed on the initiative.

“It is clear that PBRI is here for the long run, investing in strategic and long-term RD&E projects that will help to protect Australia’s valuable plant industries into the future,” he said.

A two-day Plant Biosecurity Research Symposium on 15-16 August 2019 will showcase research supported by the PBRI member organisations and delivered by research teams in Australia and New Zealand.

Acknowledgement: reproduced from a media release by Hort Innovation